One of the problems associated with clearcutting forests is increasing an area's susceptibility to flooding. Below is a lyric sheet to a ballad collected from Wilkes County in July 1916.

The Ballad of The Flood of Wilkes 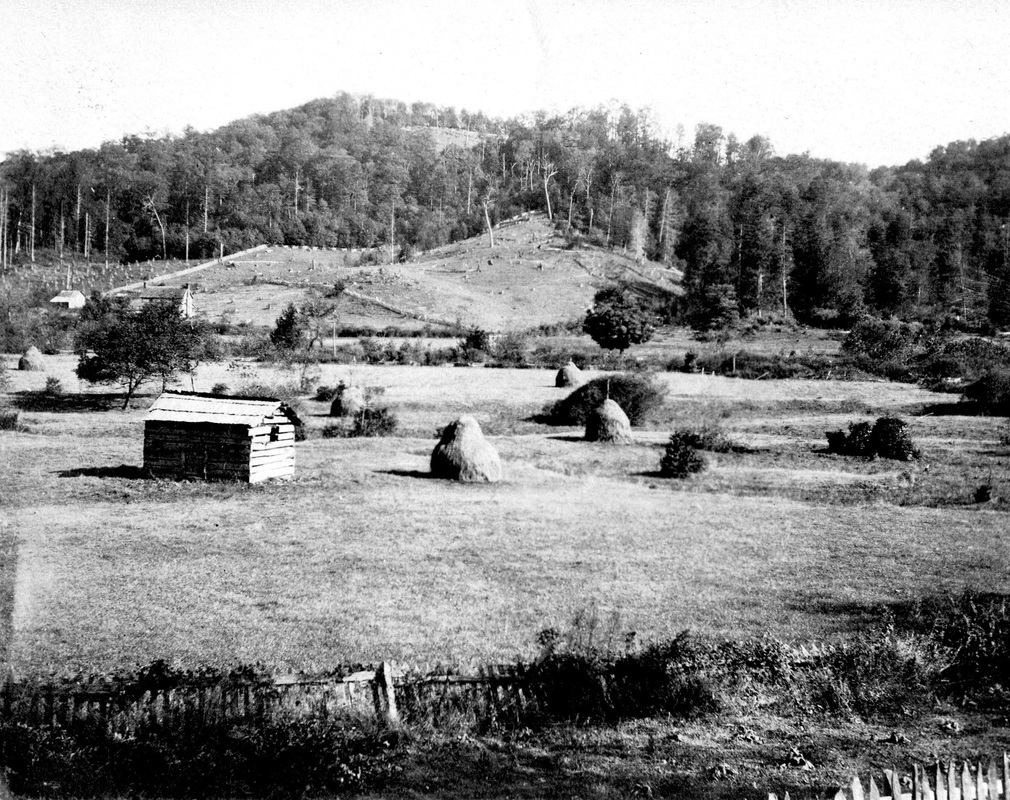 Later, in 1940, a terrible and catastrophic flood impacted much of Western North Carolina. Probably the greatest impact wsas the natural destruction of the county's railroad lines. The railroad had already been under economic pressures throughout the Great Depression, and the flood that demolished its backbone would seal the fate of the railroad.

The 1940 flood displaced many Watauga County families and 16 people perished during this tragic event. Some records indicate that about eight inches of rain fell within two days time. During these torrential downpours, homes, farms, and roads were also destroyed. Baxter G. Farthing, who grew up in Laurel Creek (western Watauga County), remembers the flood well. His family's farm was located near the large bridge that spanned the Watauga River and on Tuesday, August 13, 1940, Farthing watched as the river overtook the bridge. That evening, his father went out to look at the river and told the rest of the family he thought the bridge looked safe. Yet Baxter Farthing recalls that "at that split second, we hear a loud CRASH. All of us ran outside to see what happened. A [Ms. Polly Ward's] house had washed in against the bridge...finally, late that evening it got caught in the main current of Cove Creek and was then resting against the bridge, and would move it a few inches...the bridge finally toppled off the piers and went under the water." (Green and Sheppard, 60)

Others, like Mrs. Ivery C. Greene, used music to talk about the 1940 flood. In her ballad, "Iona," Greene commemorates the life of Mrs. Iona Bumgarner, who drowned in Stony Fork Creek near Deep Gap. Greene's lyrics capture the tragedy that was the flood:

On August 13th, in rough waters deep,
A soul was taken to peaceful sleep
Somewhere downstream she lost her life
She was a daughter, mother and wife.
(McGuin, 2007, cover page)